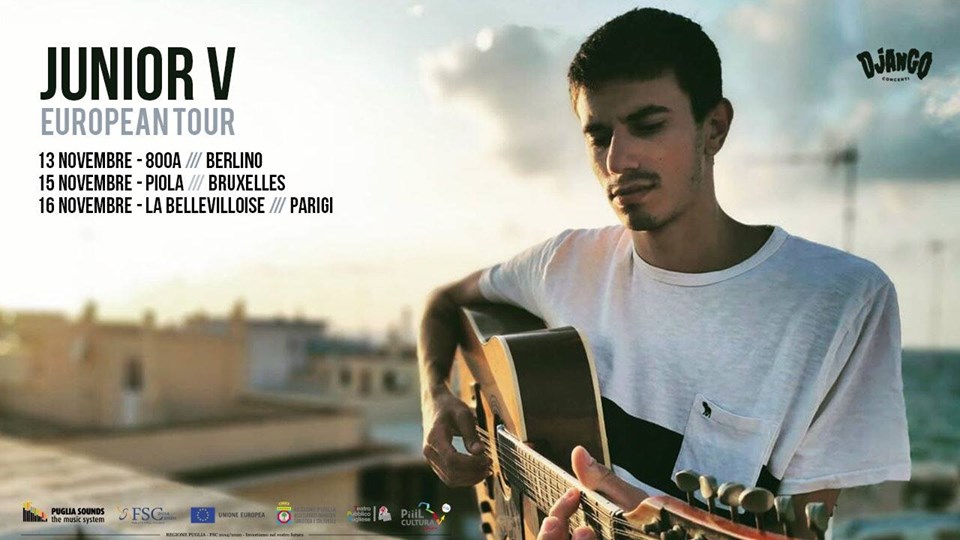 The italian young artist Junior V has announced his European Tour in some of the most important capital cities such as: Berlin, Bruxelles and Paris.

It will be an acoustic solo show where Junior V will play his songs from his last albums and also an exclusive preview of his next record work.

The tour is promoted and supported by Puglia Sounds & promoted by Django Concerti.