//LO STATO SOCIALE//
Lo Stato Sociale is one of the most popular Italian electro-pop bands, formed in 2009.
After their first singles “Welfare Pop” and “Amore ai tempi dell’IKEA”, they released their first album “Turisti della democrazia” in 2012, followed by a 200-gig tour in Italy and Europe.
“L’Italia peggiore”, their last album, was released on June the 2nd, 2014.

Il Pan del Diavolo is an Italian Folk-Rock duo formed in Palermo in 2006 and began playing live with energetic and very intense performances. This incredible energy make them one of the best Italian band of today. They went to SXSW where they had a incredible welcome even in the US. The third album “FolkRockaBoom” was released on June 3, 2014, produced by
Il Pan del Diavolo & Antonio Gramentieri, mixed by Craig Shumacher in Wavelab Studios Tucson, AZ. The band is still touring now for “FolkRockaBoom”. Since they started they played over 400 shows all over the italy and supported band as Gogol Bordello,
Fuzztones, Litfiba, Easy star all star, Gnarls Barkley, Bernhoft.

Foxhound latest LP – “In Primavera”, self-released (2014) – is a cosmic mixture of phsycic vibrations and catchy melodies which was played all over Italy in a long tour of over 40 gigs, including many important summer festivals (Unaltrofestival with “The Dandy Warhols”, “The Horrors”, “Temples”, Miami Festival, Hana-Beach Bum festival, Musical Zoo Festival, Home Festival). Thanks to their album, Foxhound were nominated for the “Best New Generation” MTV Awards 2014 and were awarded the “Best Self-Released Album of 2014” prize from MEI.

After their partecipation to the Primavera Sound Festival 2013 in Barcelona the band will be playing in more international gigs in March 2015, in a European tour which will touch France, United Kingdom, the Netherlands and Belgium.

Their live show has nothing to share with other emerging bands: trying to merge the energy of live music with the beat of electronic – throughout a non-stop mix-alike set – Foxhound will take you with them in a labyrintine trip. Wake up in the shining islands of Polynesia, and all of a sudden you’re on top of Himalaya, then a cup of tea at St. James and, after a brief rendez-vous with the Bedouins in the desert, go to sleep on a bed made of leaves, in the heart of the jungle.

Most important, Foxhound remind us that it’s not necessary to categorize everything that we listen to.

“In Primavera” was the follow up to their debut album “Concordia“, released in May 2012 and followed by an Italian tour of 70 shows in which they were the opening act for “The XX” at Traffic Festival and Peter Hook in Turin. 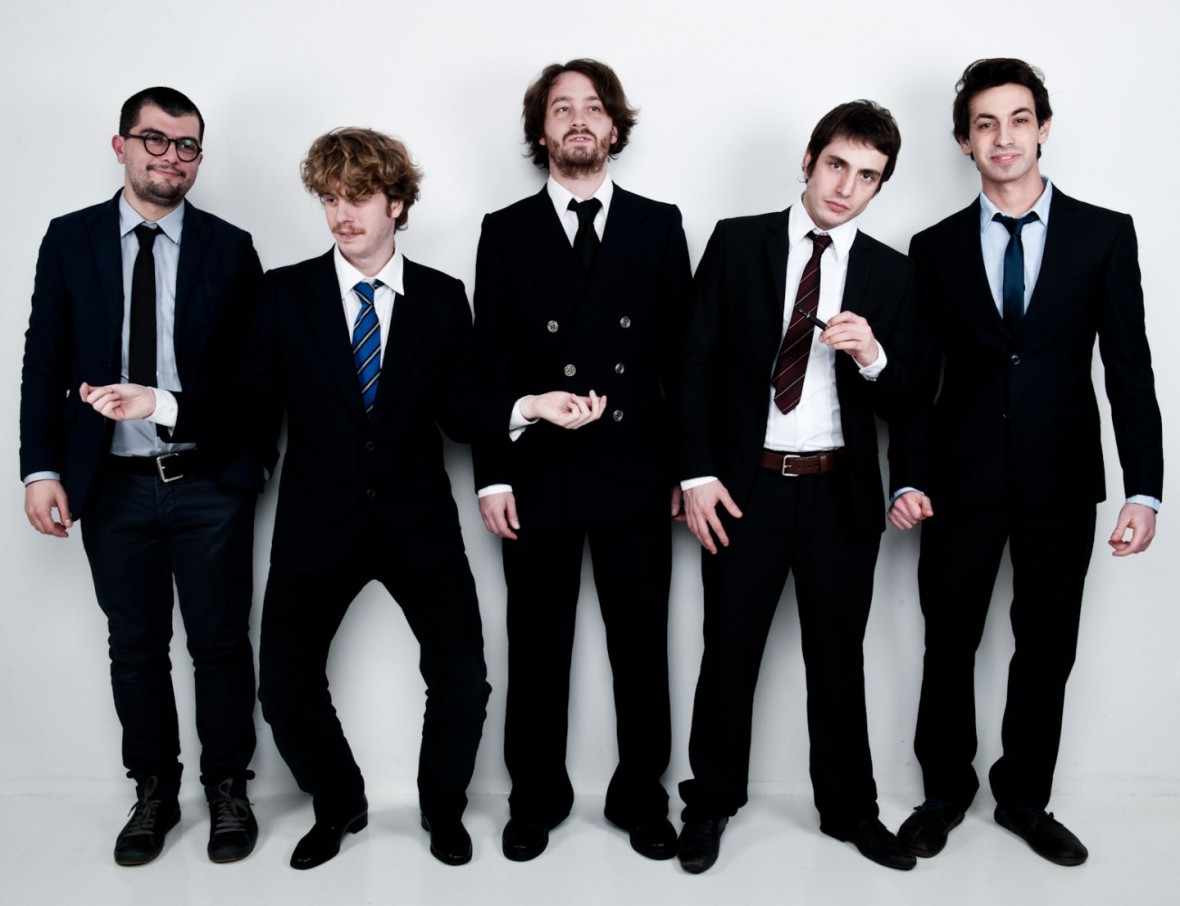