Born in Rome in 1966, he studied at the Academy for Young Comedians founded by Gigi Proietti. He took part as a comedian in the first edition of the television program La sai l’ultima ?, which aired on Canale 5. He played an important role in the television series Un medico in famiglia, which made him instantly recognizable to audiences. In 2000 he shot his first film as director and actor, Si fa presto a dire amore, with Vittoria Belvedere. In 2001 Carlo Vanzina chose him for the role as Francesco in the film South Kensington, with Rupert Everett.

After that, Mr. Brignano put his film career on hold so he could devote himself to his real passion, theater. He wrote and performed various shows before returning to the screen. Since 2007 he has been part of the successful comedy show Zelig, which cemented his reputation as “one of the best Italian comedians”. Mr. Brignano’s show Sono romano, ma non è colpa mia was seen by more than 200,000 people in indoor stadiums all over Italy. The novelized version of the stage play was published by Rizzoli and sold more than 100,000 copies in bookstores. He hosted the television show Le Iene, with Ilary Blasi and Alessandro Gassman. In 2013 Mr. Brignano filmed the movie Ci vediamo domani with Burt Young, an Academy Award nominee for Rocky. Between November 2010 and February 2011 he played the title role in Rugantino, the 1962 musical by Garinei and Giovannini. In the past this role was played by legendary Italian actors incuding Nino Manfredi, Toni Ucci, Enrico Montesano, Adriano Celentano, and Valerio Mastandrea. Mr. Brignano also staged Rugantino, which sold out for more than four months at the Teatro Sistina in Rome. He has recently reprised this role at Teatro Sistina in Rome, Teatro Degli Arcimboldi in Milan, and Teatro Verdi in Florence. He voiced the character of Olaf in the Italian version of the Disney movie Frozen. 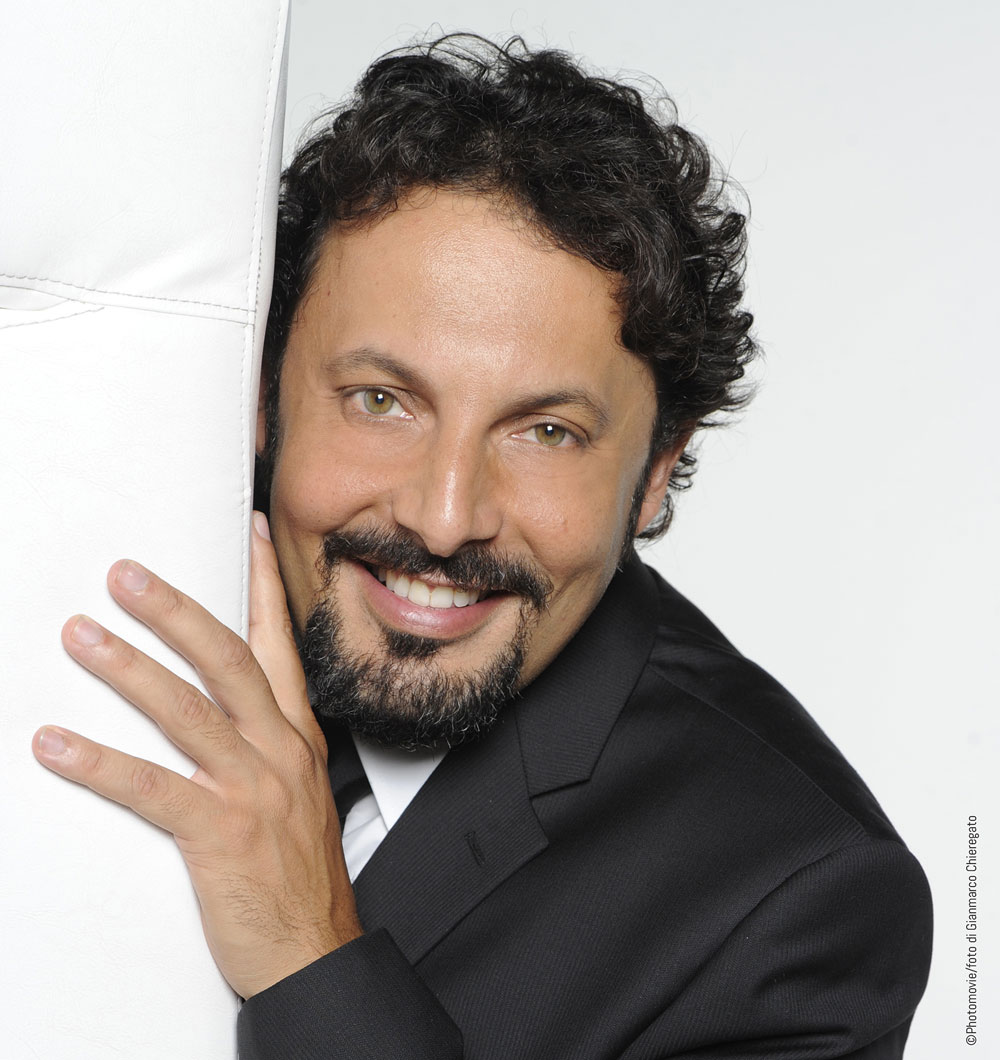