For the first time abroad, after over 60 sold-out performances in Italian theatres, the new and much-awaited play of Marco Travaglio, “Anestesia Totale”, is arriving in Brussels.

An unadorned stage, a kiosk, a violinist, a bench and two microphones, the journalist from Turin tells about a forthcoming Italy, still unstably balanced between past and present, in a pièce that will make you think and laugh, although sometimes with a bitter smile.  By his side, the actressIsabella Ferrari, who, among other things, will read passages of Indro Montanelli. And it’s the everlasting lesson of the great journalist that enlightens and warns the audience, in looking for the cure for a country where citizens have lost logic, memory, truth and solidarity.

Travaglio plays with his usual style: strong coherence, sharp irony, and an unerring historic memory of the Bel Paese. Anestesia Totale takes a snap shot of Italians’ bad habit to be complacent with power, trying to shake them from their numbness; it shouts to the country that it is not possible to be accomplices any longer.

Travaglio explains, analyses, examines in depth like the most merciless of surgeons, looking for the infection and its symptoms. He leaves the spectator-patient with the task of awakening his own conscience and discovering the antidote.

No one is spared, in a show work in progress, not even the sober Bocconian economist Mario Monti, consultant of Goldman Sachs in the past, and now peeping out “shared reforms”.

The virus is a whole system that gags citizens, but also convenient for powers of all political colours. The winner takes everything. He does not govern, he commands! The controlled controls everything, even the controllers. Why should those who will come next try to dismantle it?

Vice-Director of Il Fatto Quotidiano, he works regularly with the TV program Annozero and Servizio Pubblico. He wrote, among other books, Mani sporche (with Barbacetto and Gomez), Se li conosci li eviti (with Gomez), Italia Annozero (with Vauro and B. Borromeo), Bavaglio e Papi (with Gomez and Lillo), all published by Chiarelettere. With Editori Riuniti he published a new edition of L’odore dei soldi(with E. Veltri). In 2007, with Promo Music, he decided to bring to the stage “Promemoria, 15 anni di storia d’Italia ai confini della realtà”, where he goes through the affairs of Italy’s Second Republic, from “Clean Hands” until today. 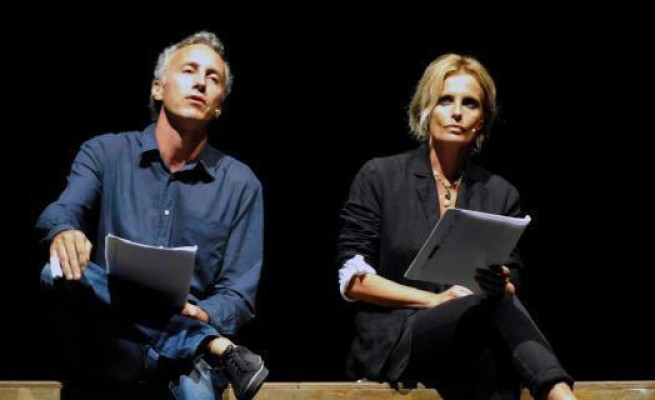