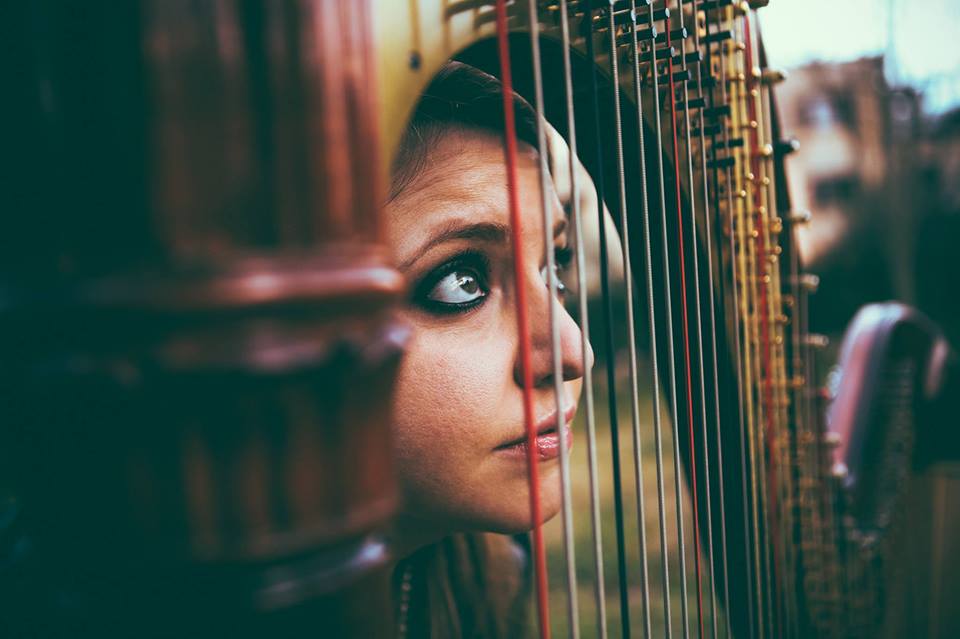 There’s not much that can be said with words about how music choses to touch someone through a specific instrument; but if something can be said, we’d like that to be that Cecilia was 5 y.o. when she asked Santa Claus for an harp and since she got it, two years later, she literally never stop playing, learning, performing, writing mesmerizing music.

She wanted to study hard and rebel harder, breaking the idea that confines harp to a niche of classical music; she wanted to create magic by picking the strings, she wanted to be a sailor-ess, a part of an orchestra, she wanted to mix harp, electro beats and experimental music.
And she did it all.

After countless concerts in Italy and a tour which leaded her through Denmark, Portugal, US, Estonia and UK, she’ll make a pit-stop In Brussels for one last live concert, preceeding the release of her new album (January 2019) and exceeding your expectations!