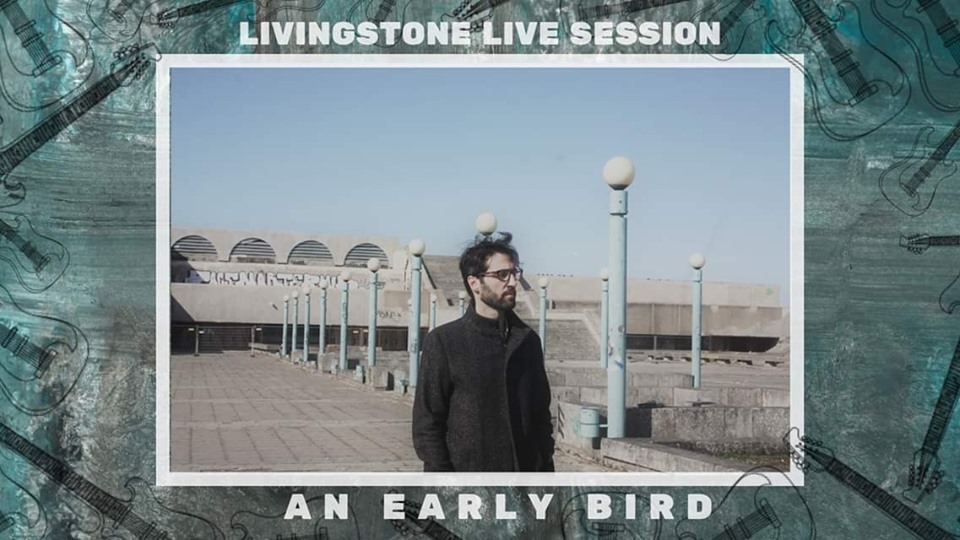 Sunday, October 27th – starting from 7.30 PM at Osteria Agricola Toscana, Avenue Livingstone 20.
“An Early Bird is a singer, songwriter and multi-instrumentalist aimed to craft heartfelt songs for bold-hearted people. His songwriting is infused with crystal clear instrumentation and acoustic crispness, expressive lyrics and a wistful voice gliding effortlessly over the music. Think of Sufjan Stevens in a band with Phoenix playing beautiful and hook-laden anthems filled with emotion and a degree of endearing naivety. His career started with the folkrock band Pipers, who released 3 records catching the attention of NME, XFM, Balcony Tv, MTV and Virgin Radio. Along the years he’s been sharing the stage with some of the
finest acts of britpop era: The Charlatans, Ian Brown, Starsailor, Ocean Colour Scene, Turin Brakes. He also supported songwriters like Jack Savoretti, Joshua Radin and
Rachel Sermanni during their Italian tours.
As soon as he started with An Early Bird he played opening gigs for Jake Bugg, Clap Your Hands Say Yeah, Piers Faccini,
Christopher Paul Stelling, Dan Owen, S. Carey, Stu Larsen, Grant Lee Phillips and Josiah & The Bonnevilles. First album Of Ghosts & Marvels, released on October 2018,
scored 320.000 listens on Spotify. After a 45 gigs tour across Italy and Europe a new chapter is about to start, with the
EP In Depths due for release on September 24th 2019 via Ghost Records and the first single Stick It Out released on
May 10th 2019.”
No reservation needed – free entry.
Buffet from 8pm until 9pm.
Please note that the entire concert will be filmed!