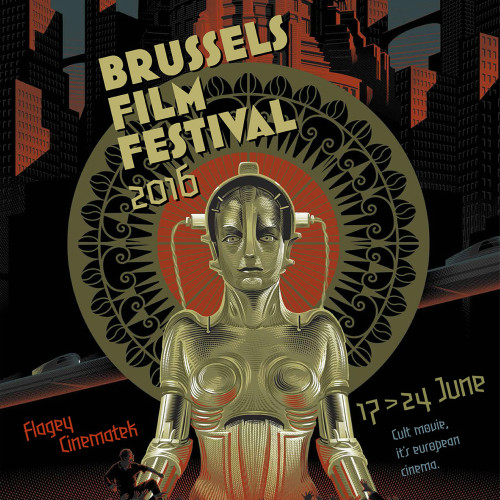 The Brussels Film Festival is getting ready for a new edition, the 14th since its establishment at Flagey. From the 17th to 24th of June, as usual, the team is willing to demonstrate you the richness of European cinema, which is alive and kicking. « I’ve always wanted to be a European filmmaker » claimed Woody Allen who expressed his love for European film. That’s perfect because it’s exactly what we are doing : celebrating European films.

8 days of exploring more than 20 european countries, 100 feature and shortfilms selected out of more than 1000 movies, more than 50.000 euros in prizes to encourage the cinematographical creation and promotion in Europe, a Panorama Section, avant-premières, Belgian short films, and Movie Docs. Of course a diverse, but convinced European jury, a very expected guest of honor, actors and directors who come to defend their film. Also on the program : debates, conferences master classes, DJ sets and of course our famous open-air screenings, free and convivial.

European Cinema stands for cultural diversity. The Brussels Film Festival encourages this. And you?